Breaking: Scott David Kelley to be Arraigned on May 11, 2015 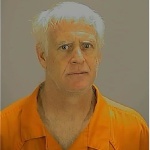 Alleged Parental Kidnapper Scott David Kelley is scheduled to be arraigned in Coos Superior Court in Lancaster, New Hampshire on May 11, 2015. He will be charged with 5 counts including one Felony Count for Interference with Custody and two Felony Witness Tampering counts.

Scott Kelley could have turned himself in back in November 2014. Instead, he elected to stay in hiding in Costa Rica with the now adult-child victim. The victim was only 8 years old when Scott David Kelley and Genevieve Kelley kidnapped her from the child’s biological parent. Scott Kelley was arrested in Atlanta at the airport when he re-entered the United States. He has been incarcerated without bail in a Clayton County Jail since.

Editor’s Note: If the adult-child victim were recovered prior to her 18th birthday, she would now be in the care of her custodial father, a physician and his wife. Unfortunately, there is no Family Abduction Victim law that allows the custodial parent to even ensure the well-being of his daughter — even if the chid may suffer from Stockholm Syndrome and/or be a victim of munchausen’s syndrome by proxy. The parental kidnapper’s family and relatives are alleged to be caring for the adult-child that is only has a 10th grade education. The District Attorney was able to get an order to deposition the now adult-child in advance of upcoming criminal trial, but the adult-child is being prevented by the defendant’s family and/or supporters.

As most of us that have followed these Family Abduction Protective Parent Cases, these criminal trials appear to be more of a protest of America’s Court System rather than a legitimate criminal defense. These defendants like Genevieve and Scott Kelley are not only wasting taxpayers dollars but appear to be more interested in sending out press releases and photos than providing facts and evidence to support their reason for their alleged criminal acts. On the other hand, had they believed in our criminal justice system ten years ago, they would have stuck around and would never have committed these crimes.

We hope at Scott Kelley’s Arraignment that he judge sets a very high bail. We really have no patience for these defendants that have shown no respect for our nation’s legal system and now expect every right afforded to them. They should not be allowed to continue to disrespect our legal system.

The biological father of the 8 year old child that was kidnapped more than 10 years in the Genevieve Kelley Parental Kidnapping Case released the following statement about his daughter.

“Just as with the initial, innocuous allegations that were made in 2003, we have grave concerns that the typewritten statement produced by Genevieve’s attorney actually reflects Mary’s own words or sentiments,” he said. “We continue to be concerned that an independent voice representing Mary’s interest is not available to her. — Mary’s Father”

Editors Note: The adult-child was kidnapped over 10 years ago from her father and most likely suffers from Stockholm syndrome, parental alienation and emotional abuse from the family abduction. The child’s mother, Genevieve Kelley is awaiting trial for Felony Interference with Custody and Witness Tampering charges. The Class Felonies can impose a maximum range of 3 1/2 to seven years in prison. The step father, Scott David Kelley was recently arrested and is awaiting arraignment. The adult-child is currently being concealed by supporters of the defendant.

On April 17, 2015 a New Hampshire Grand Jury indicted alleged Parental Kidnapper Genevieve Kelley with: Interference with Custody a Class B Felony count (RSA 633:4) and two new counts of Tampering with Witnesses and Informants, Class B Felonies (RSA 641:5,I). There were two other Interference with Custody counts (RSA:633:4). It is likely that similar indictments are forthcoming against Scott David Kelley. On April 15, 2015, Scott Kelley was arrested and jailed in Atlanta, Georgia and is awaiting extradition to New Hampshire.

Class B Felonies in New Hampshire can impose a maximum range of 3 1/2 to seven years in prison and a fine up to $2,000.

Now Charged with 3 Class B Felonies

This is why parents and step parents should not kidnap children. They end up arrested, in jail wearing those orange prison jumpsuits. On April 15, 2015 Scott Kelley was finally arrested for the kidnapping of a 8 year old innocent child. Ten years ago, Scott Kelley and his wife Genevieve Kelley could have stayed in the United States and shared custody with the child’s biological father a physician and his wife as ordered by the Family Law Court in New Hampshire. They could have shared custody of the child like so many divorcing parents in America do. Instead, they elected to flee the country to Honduras and Costa Rica to start a new life. They also were expecting a child.

Ten Years later, Scott Kelley, a teacher is now behind bars as he awaits extradition to New Hampshire. Genevieve Kelley, once a doctor was also arrested and is currently out on bail awaiting trial in May. You have to think, what kind of parents are these? Both have not only committed career ending felony crimes but should serve a prison sentences. Now there only defense is to try their case in the media and hope to get off like the Casey Anthonys, George Zimmermans and OJ Simpsons of this World.

What I don’t understand is what would have been so bad about joint custody?

Editor’s Note: In the end, hundreds of thousands of dollars or more will be spent on the criminal investigation, trial and sentencing for a criminal act committed by these two individuals and their accomplices. It is important that our legal system ensure that the Kelleys are fully punished for this pathetic crime. It is also important that the media not sensationalize this pathetic crime. Parental kidnapping should never be a reasonable legal alternative to our Family Courts.