CBS 48 Hours Journalist Liza Finley and Ryan Smith may have done one of the first interviews of an International Family Abduction kidnap victim with Stockholm Syndrome. Samantha Geldenhuys/Savanna Todd, the young America-Australian woman who was kidnapped by her mother Dorothy “Lee” Barnett was interviwed in this episode of CBS 48 Hours. There are a growing number of comments in social media believing that she has Stockholm Syndrome. The belief is that she expresses empathy and sympathy for her captor/kidnapper mother to the point of defending and indentifying with her. Dorothy Lee Barnett was convicted of felony parental kidnapping. Her step-brother, Reese Geldenhuys who has coincidently changed his name from Reese Geldenhuys to Reese Barnett was also interviewed.

“Stockholm syndrome, or capture-bonding, is a psychological phenomenon in which hostages express empathy and sympathy and have positive feelings toward their captors, sometimes to the point of defending and identifying with the captors.” – Wikipedia 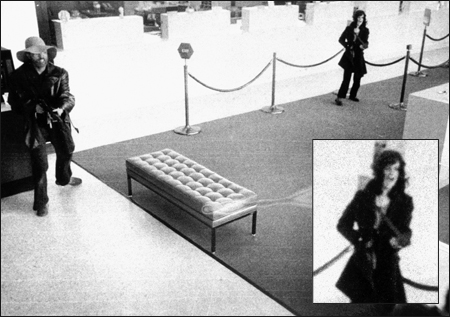 The 19-year-old American newspaper heiress Patty Hearst was kidnapped and held hostage by the Synbionese Liberation Army (SLA) in 1974. She appeared to develop sympathy with her captors and joined in a robbery. She was eventually caught and received a prison sentence.

What is Stockholm Syndrome? by Kathryn Wescott (BBC News Magazine, 08-22-13)

Editor’s Note: Since her mother was arrested, we believed this young adult has had Stockholm Syndrome. Had she been found before she was 18 years old, she would have gone through reunification therapy with her custodial father. We believe in these Family Abduction Cases, when the chid is kidnapped at a young age, the kidnapping victim should receive therapy for conditions like Stockholm Syndrome.

We also believe it was irresponsible journalism for Liza Finley and Ryan Smith to interview these young-adults. We do not belive they have received the treatment they should have received after a family abduction. Their story appears to be sympathetic toward the kidnapper with no respect for the victims in this case. We expect better from CBS. However, if any good could come from this, social scientists can study this interview and learn from it.

Seeking Savanna: How a father dealt with 20 years of Search – Part II 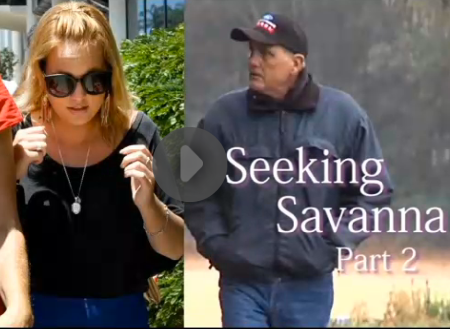 “I never expected to have more love in my heart for any other person in my life and I do for my daughter. Nothing is going to change that – nothing,”  — Harris Todd

Editor’s Note 16 April 2014: Many of us in the Family Abduction Community that have been following Harris Todd and his Search for Savanna Todd for nearly 20 years. From the day he appeared on a TV Talk Show in the United States with other searching parents, Harris has been through a parent’s absolute worst nightmare, a “parental kidnapping”. During this time, many parents have searched for and recovered their children. I am certain Mr. Todd like many searching parents of a parental kidnapping regularly wondered when his turn would come. On 17 April 2014, the Maroochydore Magistrates Court will be challenged to take a huge step toward ensuring the extradition of Dorothy “Lee” Barnett or Alexandria “Alex” Geldenhuys. Even though Dorothy Lee Barnett intentionally violated a United States Custody Order, her “team of lawyers” and maybe even a “politician” will be asking this court for every possible Australian legal right, extension of time to delay the defendants extradition back to the the United States for prosecution. The Extradition of a Parent for the crime of International Parental Kidnapping after 20 years is an important decision or result for the Family Abduction Community. For Searching Parents, it sends an very important message to all parental kidnappers that our International Courts take this crime very seriously. And for Custodial-Embattled Parents, it sends the message that the world’s legal system will not tolerate this horrible and heinous crime against an innocent child. Also, it is certainly the hope of the Family Abduction Community that some future event like this will lead to a reunification of the now adult child and her biological father. I really hope that this court begins the process of doing the right thing.

A Special Report: Savanna Todd’s Father Speaks to ABC News Reporter Dean Stephens – For the first time since the arrest of his former spouse Dorothy Lee Barnett, Harris Todd will be make his give his first interview to Veteran ABC News Reporter Dean Stephens. The interview will be broadcasted by ABC at 6 p.m. Eastern Time (Tuesday, March 11, 2013 8:00 AM AEST). In November 2013, Dorothy Lee Barnett was arrested in Australia for the 20 year Parental Kidnapping of Savanna Todd and for Passport Forgery. Dorothy Lee Barnett’s Extradition Case in the Maroochydore Magistrates Court is scheduled to resume this week in Australia.

As we’ve seen in other Family Abduction Cases, the Underground Attorneys normally recommend the arrested Underground Mom stay in jail while her network of supporters seek media attention to the case.

Dorothy Lee Barnett faces up to 23 years in prison for Parental Kidnapping and Passport Forgery. Twenty years ago, Dorothy Lee Barnett kidnapped Samantha Geldenhuys / Savanna Todd from her custodial father. The kidnap victim has not yet reunified with her biological father, Harris Todd. The now adult-child may suffer from a form of Stockhom’s Syndrome from the 20 year child abduction. 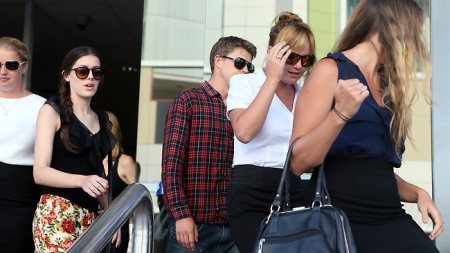 More photos have emerged of Samantha Geldenhuys / Savanna Todd. You have to wonder if Savanna / Samantha likes and some of her friends like the media attention or they are now wanting their privacy. If Savanna were under 18 years of age, we would not be posting her photos. Meanwhile, we see that several of the members of the media found her Facebook account and posted her profile photo. We are glad that she finally protected her Facebook Account. I really hope the Media is not trying to contact her friends. 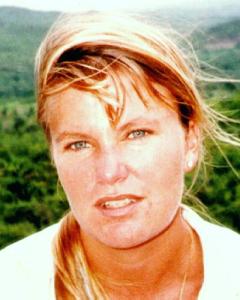 The arrest and probable future extradition of Dorothy Lee Barnett for Forgery of False Use of a U.S. Passport carries a maximum sentence in the United States of 10 years. The Parental Kidnapping Crime carries a sentence of up to 3 years. The arrest of Dorothy Barnett is also a celebration for the International Family Abduction Community of Searching and Recovering Parents. Over the past four decades we have seen:

What this means that parental underground mothers like Dorothy Barnett cannot claim the “necessity defense” or fleeing from an accusation of “family violence” as a defense to a parental kidnapping crime. As we have seen in the criminal trials of these underground cases, the underground moms never exhausted their legal remedies before they left. In the Barnett case, she left most likely after a Family Court Evaluation and Family Law Judge ordered primary custody to the father and supervised visitation to the mother. And as we have seen in these cases, the motive is always for anger and revenge and not for protection of the child.

Finally, on behalf of the Family Abduction Community, we applaud the efforts of the recovering parent. We have followed his case over the years and recollect that he spent thousands of hours searching for his daughter Savanna including going on Television Talk Shows. Most searching parents rarely get that kind of opportunity but in this case, this father did. As we have found in these cases, parents like Dorothy Barnett were not thinking of their child when they went underground, they were thinking of themselves.

There are now three things that need to occur in this case:

The Editor, The Children of the Underground Watch

Law Catches up with mum 20 years after she fled with baby Savanna by Adam Shand and Sarah Elks, The Australian (November 14, 2013)

“The Kid Is With A Parent, How Bad Can It BE?”: The Crisis of Family Abductions by Ernie Allen