What kind of Divorcing Parent Would Violate a Judicial Court Order?

Many Divorcing parents in America who are unable to mutually agree on custody of their children end up in Family Court in front of a Judge. Some of these judges like Judge Thomas McAvoy “Mack” Brittain of Hendersonville, North Carolina are honorable, respectable and well qualified. When a judge like Judge Mack Brittain issues a judicial order, most reasonable people follow them. After sitting in court and going through a trial, the last thing any law-abiding person would want to do is violate any of a judge’s court order.

That is not the case of Joanne McDowell, after a Family Court Trial in front of of Judge Brittain, Joanne fled to Canada violating the Judicial Order to share custody of her son. There are media reports that after she left with her child crossing the border into Canada, she did not advertise her whereabouts. Since that parental kidnapping, the biological father has not seen or spoke to his child in over 6 years. And to make the situation even more horrendous, Joanne McDowell brags about her accomplishment on the Internet. She also blames Judge Mack Brittain, who was recently appointed as the chief district judge. Chief Justice Mark Martin of the North Carolina Supreme Court said “Judge Brittain has served with distinction as district court judge”.

Editor’s Note: Joanne McDowell has no respect for America’s legal system and we simply don’t understand why she should not be extradited back to North Carolina to stand trial for the kidnapping charges. It is cruel for her to post inflammatory comments about the biological father of her child and we would assume that she is engaging in parental alienation. Joanne McDowell is no victim but she is a wanted fugitive in the United States. #ExtraditeHer

Family Abductions: What Needs To Happen in 2019

As we bring in the New Year 2019, we want to extend our hope for all parents that are searching for their kidnapped children. This would also include parents that have not yet been reunified with their kidnapped children and those that have been alienated from them. It is often said that one of the cruelest forms of child maltreatment is a family abduction as well as parental kidnapping is child abuse. In the protective parent cases that we have followed over the past several decades, the protective parent most often after being ordered by the family law judge to share custody — kidnaps their child(ren) and self-appoints themselves judge, jury and executioner.

In recent years with updated global security and passport systems and social media it was perceived that the protective parent movement was no longer active. Most counties rightfully respected venue and jurisdiction as we saw in the Kelly Rutherford and Sean Goldman cases. With the prosecution of Sandra Grazzini and her three co-conspirators and Angie Vu Case, parental kidnappers were finally being punished for their crimes. 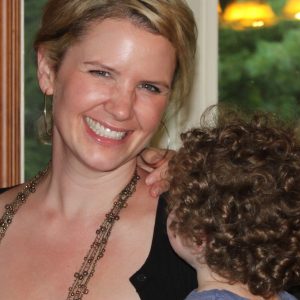 After a custody court hearing in North Carolina, alleged parental kidnapper Joanne McDowell was able to flee to her home country Canada and get another court to give her custody. Despite a Felony Warrant for Parental Kidnapping in the United States, she was able to get a Canadian Restraining Order against her child’s biological parent. We can’t believe in this global era of joint custody and coparenting that any Canadian court issue such and order and claim jurisdiction for a case that was already adjudicated in the United States. Kelly Rutherford tried to get a New York Judge to give her custody but Monaco had rightful venue for that case and Kelly was not able to venue shop like Joanne did. Rutherford’s former spouse now has rightful physical custody of the children.

There is the e huge risk for the accused parental abductor that is able to keep custody of the child until he or she reaches the age of majority (18 years). Many of these alleged kidnapped children as adults will determine on their own what happened to them. It is much easier these days with the Internet. The founder of the organization Take Root tells the story how as an adult child, she figured out that she was kidnapped by her mom and almost immediately severed ties and began a relationship with her biological father. There are other similar stories of adult-child that eventually figured out that their parent wrongfully kidnapped them from the other parent out of anger and revenge against the other parent and not for their protection.

So the risk for Joanne McDowell if she continues down her current path is that her child will not necessarily be loyal to her. We’ve seen these kidnapped children follow the money and once they reach eighteen, if they determine on their own what happened to them the adult-children will start a new relationship with their estranged parent. It might be for a new car, college tuition or even a new family including step-siblings.

During these Holidays, we really would like to see Joanne do the right thing and take steps to reunify her child with its biological parent. It’s time for everyone to move along and provide the best possible future for her child.

So it was apparent that Joanne McDowell didn’t want to stay in Hendersonville, North Carolina and share custody with her former spouse. And she did what many protective parents do, allegedly staged a video of her child after a custody transfer with related allegations against her former spouse, a physician. Does this sound familiar to those of us in the Family Abduction Community — you bet it does. This was a common tactic in the ’80s and ’90s. But the story doesn’t end her, Joanne McDowell who was in law school at Chapel Hill fled the jurisdiction and kidnapped her child to her native country Canada. And then she both shopped for a therapist in Canada and actually got a ignorant Canada Judge to give her custody. Wow, does that sound familiar — you bet it sadly does.

That was over 6 years ago and the Henderson County North Carolina elected District Attorney Greg Newman has filed Felony Kidnapping Charges against Joanne McDowell. But McDowell has somehow evaded the lame Hague Convention and has been extradited from Canada. Although not surprisingly, McDowell has not been able to finish law school at UNC Law School — and probably would more or less have difficultly becoming a lawyer in the United States with her felony charge.

We applaud Greg Newman for filing the felony charge against McDowell but would like to see some sort of justice for the father and child in this case. McDowell has wrongfully be able to obtain a Canadian Restraining Order against the father and his child which is pathetic. In most of these cases, the Canadian Judge should have had a phone conference with the U.S. Family Law Judge and ordered McDowell back to the United States. But the judge did not do that and allowed McDowell to venue shop. We think it is time for Newman to take steps to extradite McDowell. Possibly get a UFAP Warrant issued which Canada.

Editor’s Note: We don’t believe JoAnne McDowell is the victim here. We have seen her story before but it is time for a parent like her to step up for the Holidays and turn herself in to the North Carolina District Attorney. There is little doubt from looking at McDowell’s inflammatory posts on her social media accounts is that she has already engaged in parental alienation of her child. It is time for her to support a reunification of her child and his biological father. By doing so, maybe she could work to getting the felony warrant dropped and could return to law school in the United States. It’s probably not too late for her to finish her career path she started.

A final note on McDowell’s pathetic allegations against her former spouse. Dr. Katheleen Faller of the University of Michigan a very long time ago promoted a theory about these protective mom’s beliefs. She thought because McDowell’s former spouse was rejecting his wife in the marriage that the father must turning his affection to his child. When I heard about it back then I thought it was so disgusting it was not worth mentioning. But it seems that this ignorant mom might actually have this unreasonable belief. What’s so sad is that this particular mom has some even more pathetic friends that might actually believe her.

Our thoughts and prayers are with all the Searching Parents. We are keeping hope alive that these families will soon be reunified.